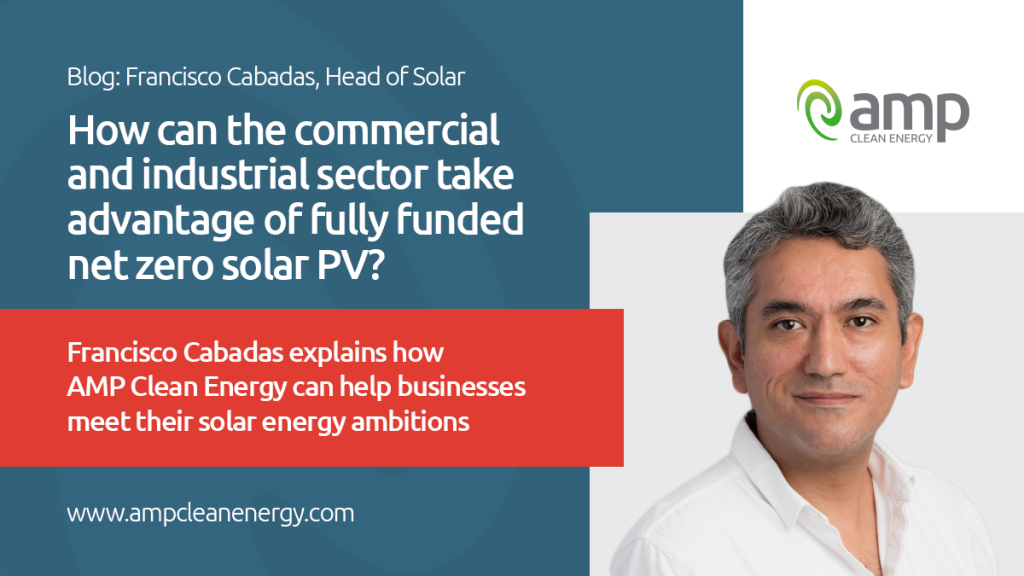 Solar has established itself as a key source of renewable electricity in the UK, and recent figures from analyst EnAppSys stated that solar output increased to 12.04TWh in 2020 from 11.77TWh in 2019.

With the Committee on Climate Change estimating that 75GW-90GW of solar capacity will be required to meet net zero by 2050, and the newly-named Solar Energy UK (formerly the Solar Trade Association) campaigning for the Government to commit to tripling solar capacity to 40GW by 2030, the contribution of solar to a decarbonised electricity system is clear.

The commercial and industrial sector also has a huge contribution to make towards the UK’s net zero target.  Momentum is growing for businesses to demonstrate ambitious and credible plans for reducing emissions, and for many sectors, sourcing their energy from renewable sources such as solar, is a key part of their plans.

According to Solar Energy UK, there is already approximately two gigawatts of commercial and industrial rooftop solar system capacity installed in the UK, and it estimates that there is around 250,000 hectares of south-facing rooftop space in the UK.  This means there is significant potential for the installation of commercial and industrial rooftop solar systems, as well as ground-mounted systems where rooftop space is not available.

With solar deployment in commercial and industrial sectors currently under-utlised, there is an opportunity for installers to take advantage of the growing interest in sourcing renewable power in the business market – from SMEs to larger organisations – who want to consider it as part of their decarbonisation strategies.

There are several benefits of solar for businesses including:

However, although the cost of solar has fallen over the past decade, it can still be a significant upfront investment for a business.  As such, while there is a huge appetite for solar in the commercial sector, an installation can often fall at the final hurdle due to competing priorities for CAPEX, particularly during times of economic uncertainty.

That is where AMP Clean Energy comes in.  We provide funding for the installation of a solar project – which can either be rooftop or ground-mounted – through a power purchase agreement (PPA) with the customer.  We’ll own the asset, and take responsibility for all of the service and maintenance requirements for the duration of the contract with us, which can be over 15, 20 or 25 years.

As there is no upfront cost, a PPA is an increasingly attractive option for businesses who want to accelerate their low-carbon ambitions, but are nervous about committing to the initial financial outlay.  As a result, the PPA market in the UK is starting to gain traction, and it looks set to increase as the focus on businesses to declare their sustainability credentials grows.

For installers having funding organised at the outset of a project can really help to get it commissioned. If you think that you might have a project which could be suitable for an AMP Clean Energy PPA please call us on 0800 157 7331 or email solar@ampcleanenergy.co.uk