On demand energy generated in less than two minutes

Ashford Peaking Power Plant is a 21MW facility delivering standby energy generation in a busy urban area, which has been funded, designed, developed and now operated by AMP Clean Energy.

The plant, which has 14 gas engines on site, runs for around 1,500 to 2,000 hours a year, as and when the local grid demands more power. It is unmanned, fully automated and monitored and controlled remotely, with the ability to generate energy in less than two minutes.

Fully managed by AMP Clean Energy, the large peaking plant has won several contracts in National Capacity Market, to provide electricity when demand is at peak.

Mark Tarry of AMP Clean Energy said: “The Ashford Peaking Plant is a good example of a renewables-enabling facility, which provides standby energy, at times of peak demand. It is a highly sophisticated plant which can be brought on line incredibly quickly as and when additional energy is needed.

“We believe natural gas peaking plants will play a growing role in supporting both the increase of renewables and the transition to the UK’s low carbon economy.”

The Ashford installation is an example of a larger peaking facility. AMP Clean Energy also has a focus on smaller scale 2-4MW peaking plants, known as Urban Reserve projects, which can be easily built in constrained urban areas. These plants also support the intermittency of renewables as well as the growth of new technologies such as electric vehicles. AMP Clean Energy has ambitious plans to bring 50MW of 2-4MW Urban Reserve projects to financial close by March 2019. 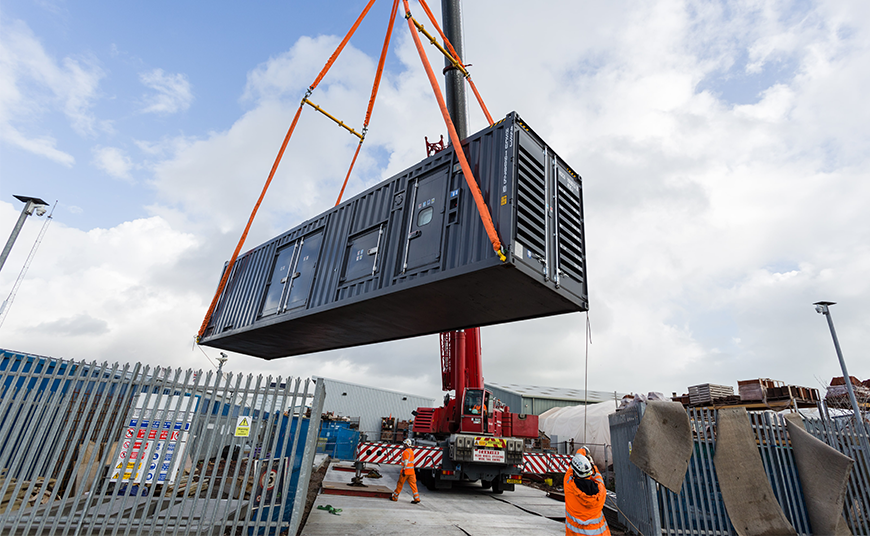 Urban Reserve – powering the transition to a net zero future