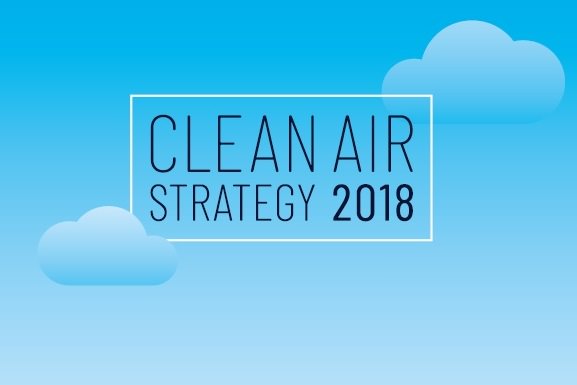 Richard Burrell, chief executive of AMP, the market-leading biomass fuel supplier, also argued that the policy would remove a valuable means of supporting clean growth. He said large industrial energy users presented the greatest potential for decarbonisation of the country’s economy, and biomass could play an important role in making this happen.

Mr Burrell said the proposed measures would limit their options to switch from fossil fuels to renewable heat sources.

He claimed the Clean Air Strategy had put biomass into a ‘one size fits all’ category, failing to consider the distinction between domestic wood burners and modern industrial biomass boilers, and placing huge barriers to the fuel’s future adoption by large energy users.

“Ironically, the steps outlined in the Air Quality strategy in relation to modern biomass boilers, will remove an important tool for carbon reduction, risk stifling the biomass industry and make a negligible impact on improving air quality.

“Across Europe, biomass has made by far the largest contribution to renewable heat generation, yet in the UK we are actively putting up barriers towards its adoption despite being so far behind heat decarbonisation targets. Whilst we fully support the need to tackle UK air pollution, we believe the Government is misguided in targeting big biomass as one of the sources of the problem.

“Last year, Defra’s Air Quality Expert Group sent out a clear message that much of the impact on air quality from biomass combustion is small scale domestic burning rather than modern, RHI-eligible boilers, yet this has not been reflected in the strategy being consulted upon.

“The difference in emissions created by different types of biomass fuel is significant and regulation is already in place to ensure modern industrial boilers are efficient and have minimal impact on air pollution – for example, a 200kW biomass system installed in a school generates the same heat as 40 homes with wood burning stoves yet produces less than 27 times particulate matter.”

Mr Burrell said biomass was a cost-effective and increasingly popular option for organisations looking to move from fossil fuels towards renewable heat sources.

The proposal to restrict future biomass support to so-called rural areas off the gas grid would strike a severe blow to its uptake by the vast majority of industrial and large energy users, despite these sectors being vital to the UK achieving renewable heat targets.”

Government figures state that around a fifth of the UK’s greenhouse gas emissions come from heating and the UK is already behind in meeting its renewable heating targets.

In its consultation response to the Clean Air Strategy, AMP said greater action was clearly needed and that the use of gas for heating needed to be replaced with other low carbon and renewable technologies such as biomass.

AMP has called for the industrial sector to be targeted through the Renewable Heat Incentive (RHI), which should be refocused and extended into the 2020s.